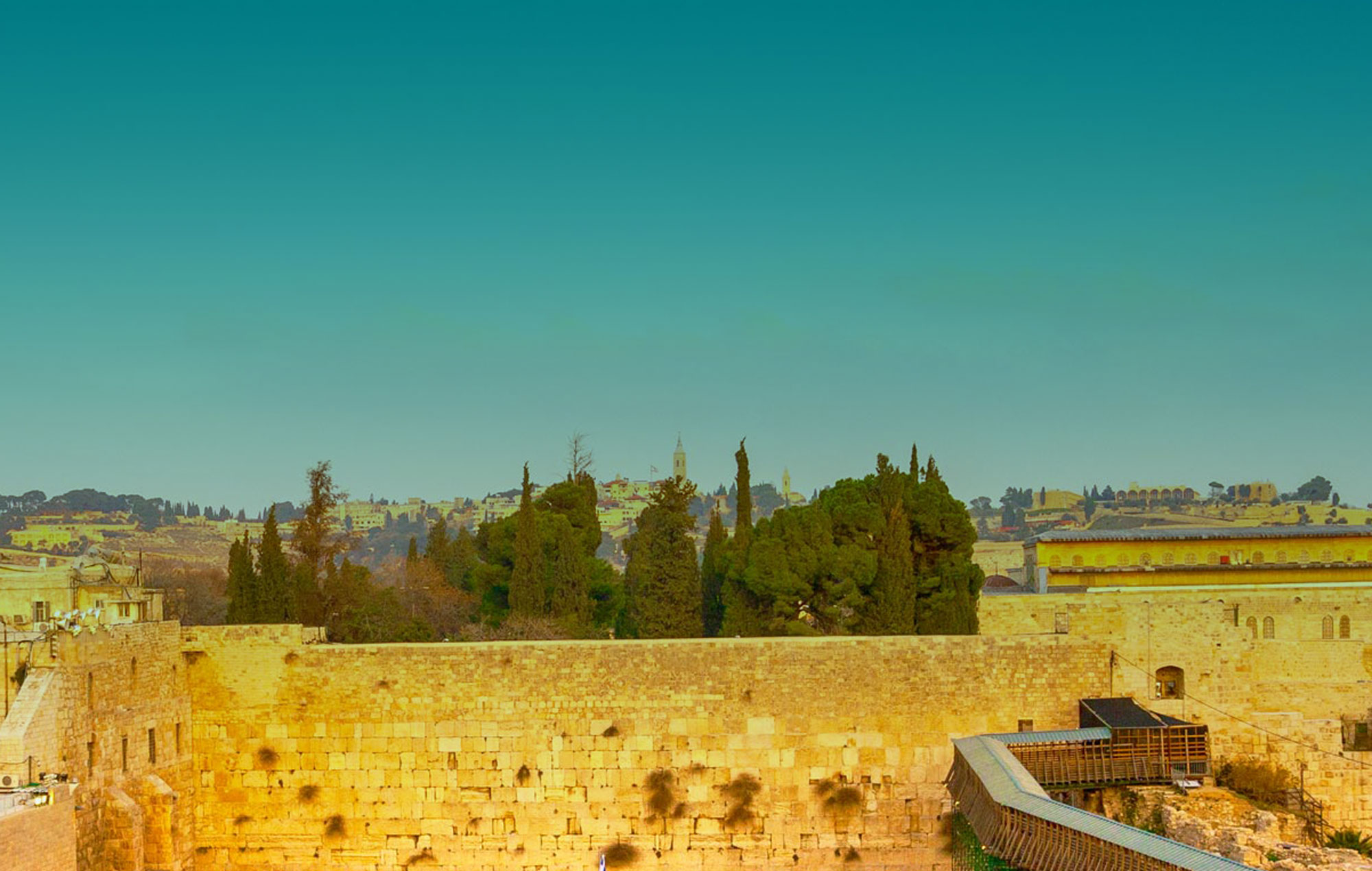 Chaim V’Chessed exists to help English-speakers get past the language barrier and cultural differences while living in Israel.

To ensure you can navigate the system as well as your Israeli neighbors. 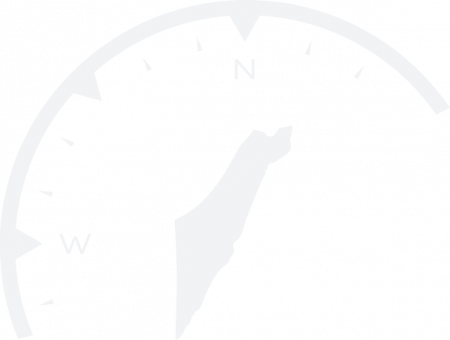 “People say that we have to change the system, and when I was young and naive, I thought that I could do that…”
Rabbi Paysach Freedman, CEO

But after living in Israel for 19 years, Rabbi Freedman realized that nothing was changing in a hurry. The confusing policies, the sabra mentality, the complicated systems… were all things English-speakers would have to learn to work with.

And so Rabbi Freedman set out to acquire the knowledge, experience and connections necessary to open doors in Israel.

Working with the system – not against it.

Chaim V’Chessed’s approach is to work with the system – rather than fight it – to get you what you need.
Now you can successfully navigate the confusing systems and ever-changing policies with:

First-hand connections to officials at every level

An information bank spanning every department and process you may encounter

“It’s such a relief to know that there is an organisation that sticks up for the chutsnikim. I lived in Israel for 25 years, having a hard time with bureaucracy or getting the help I needed. We don’t feel alone now, knowing that there is who to turn to.”

Rabbi Paysach Freedman has been involved in education, tzedakah and chessed activities for most of his 25-plus years as a Jerusalem resident. His work on behalf of the English-speaking community has provided him with extensive knowledge of the Israeli system and vast experience in dealing with the most sensitive of cases.

Rabbi Freedman’s awareness of the challenges facing English speakers convinced him of the need for a one-stop chessed organization to service them. In 2015, with the encouragement of rabbis and community leaders, he co-founded Chaim V’Chessed.

With his fluent Israeli Hebrew and vast experience in the medical field, Zevi provides on-the-spot assistance to Chaim V’Chessed clients in need of help in any Jerusalem-area hospital. Read More His years of working with families of cancer patients through Chai Lifeline have made hospitals as familiar as a second home. He interfaces with hospital staff on English speakers’ behalf to secure earlier appointments, facilitate communication, and smooth out complications. Zevi is an invaluable guide to English-speaking hospital patients, and he is committed to making sure they feel neither helpless nor alone.
Read Less

Arele is a constant fixture in Jerusalem hospitals. He has been involved in medical and chessed pursuits for over a decade, always looking to make life easier for patients and their families. Read More Arele assists Chaim V’Chessed clients in whatever way he can: making their stay more comfortable, working things out behind the scenes, arranging transportation and more. With ingenious connections and logistical know-how, he is an indispensable advocate for English speakers in the hospital.
Read Less

Mrs. Nulman has been living in Eretz Yisrael for over 20 years. Her medical savvy is the result of years of experience navigating the Israeli healthcare system. Read More Mrs. Nulman coordinates all aspects of medical services, from arranging hospital visits to researching kupat cholim issues and more. She is the liaison between on-site Chaim V’Chessed staffers, healthcare providers, and hospital staff, keeping callers in the loop and ensuring that their needs are met both during and beyond Chaim V’Chessed’s involvement.
Read Less

Mrs. Wahrsager, a born Israeli who is intimately familiar with the Anglo mindset and culture, has been immersed in the world of English-speaking non-profits for years. Read More Mrs. Wahrsager acts as the in-office liaison for all medical cases, guiding callers through medical processes, involving kupat cholim staff and mobilizing on-site Chaim V’Chessed hospital representatives.
Read Less

Mrs. Gugenheim, B.Sc., is highly qualified and respected in the field of special education. With over a decade of experience in the Israeli system, Read More she is extremely knowledgeable in the different treatment courses appropriate for autistic children. Along with Mrs. D’vora Grossbaum, Mrs. Gugenheim heads the Special Education department of Chaim V’Chessed. They use their expertise, research and connections to guide parents through what can often be a confusing and overwhelming process. Mrs. Gugenheim is also Chaim V’Chessed’s go-to staff member for cases concerning women’s health.
Read Less

Mrs. Rizel, M.A. S. Ed., is an oleh of over 20 years and lives in Jerusalem. Backed by many years of experience in special education both in the USA and Israel,Read More Mrs. Rizel privately guides teachers and parents with special needs children to integrate into the regular educational system.  Her vast expertise helps her navigate parents through confusing and overwhelming processes in the special education field.
Read Less

Mrs. Grossbaum, M.A. CCC-SLP, is a Speech/Language Pathologist, Supervisor, and Early Childhood Special Educator. She has been working since 1974 as a speech and language pathologist Read More for preschool children with developmental delays. Currently, Mrs. Grossbaum serves as supervisor at the Yerushalayim schools P’tachiya and Sulam, and at Ramat David-Perach Special Education in Betar Illit. She is also the speech and language therapist and supervisor at Kupat Cholim Clalit for the 0-5 year old population as well as a member of the diagnostic team. Additionally, she runs a private practice with special education preschool children. Chaim V’Chessed is privileged to have Mrs. Grossbaum on staff to serve English speakers in need of guidance in the field of special education.
Read Less

Mrs. Rothstein, a decade-long Jerusalem resident, has excelled as a Chaim V’Chessed bureaucratic adviser. She now manages the bureaucratic department Read More to make sure all callers get the help they need in the most efficient way. Mrs. Rothstein  provides hotline callers with comprehensive guidance on the technical details of assorted government office encounters while supervising and directing the ever-growing Bureaucratic staff. Read Less

Mrs. Ehrentreu joined the Chaim V’Chessed team as secretary and assistant to the CEO. With a successful background in graphic design and sales,Read More Mrs. Ehrentreu assists with all internal tasks. Her attention to detail, technical proficiency and fast turnout has greatly added to the level of professionalism in our office.
Read Less

“As an American living in Eretz Yisroel for almost 15 years, I nodded in recognition as I read an article about Chaim V’Chessed. Like most Anglos living here, we’ve benefited immeasurably from Chaim V’Chessed’s services — the bureaucratic assistance, the therapy referrals and the online articles that serve as a Dummies’ Guide to surviving Misrad Hapnim. But two years ago, when my son was born with a condition that would necessitate surgery during his infancy, I gained a new appreciation for what you do.”

Chaim V’Chessed in the media: